Michael Mascha created FineWaters (finewaters.com) in 2002 and is one of the original founders of the Fine Water Society in 2008. He helped create the premium category and tells the story that "water is not just water," that it has terroir like wine, can be matched with food, and curated by water sommeliers.

Michael's global audience consists of food & beverage professionals, consumers, distributors, media, and premium brands. Michael is also the author of the acclaimed book Fine Waters called "an encyclopedia of water, a bible of water" by the London Times.

Michael holds a Ph.D. in Anthropology and Communication Science from the University of Vienna and lives in the United States. 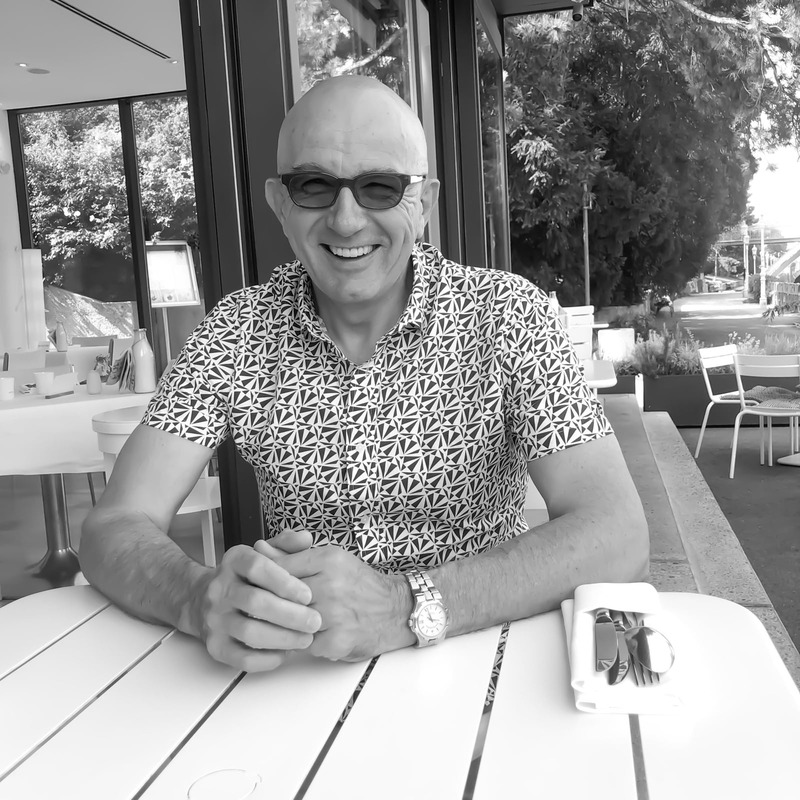 In the spring of 2002, my cardiologist gave me a choice: I could either continue to drink wine or continue to live. Since I had about 500 bottles of wine stored in my wine cellar, I hesitated.

Food and wine have always been an essential part of my life. For many years, as an academic food anthropologist, my interest in food and wine was local and usually inexpensive — I was interested in food as a distinct expression of a particular people and region. When my wife's parents, who lived in a small Austrian village 10 miles (16 kilometers) from the Iron Curtain, killed a pig, they used every part of the animal. Preserved correctly by smoking, curing, and other means, it would provide food for about six months. I'll spare you the details of the dishes they made, but I will say it was some of the best food I have ever eaten. It was also some of the most honest, and it got me interested in cooking.

In the later part of the 1980s, my wife and I lived for about three years on a tiny and remote island in the Fiji archipelago. Doing foodrelated research for my Ph.D., I encountered again the same dedication to food and the incredible knowledge of it developed by the people who had lived in that small ecosystem for about a hundred generations.

After thinking further about the choice my cardiologist had given me, I decided that eliminating wine from my life was probably the right choice. I quickly prepared my wine collection for long-term storage in case I became terminally ill and could start drinking again.

I immediately noticed the void created by not enjoying or even handling wine in an epicurean setting at home or in restaurants. I missed not just the taste but the discovery and rituals surrounding wine — the swirling, smelling, pouring, conversation, and sharing.

It was time to look for alternatives. Instead of wine, I was now drinking water with meals. After the humiliation of toasting with a heavy water tumbler in a group of Riedel Sommeliers stemware and the frustration of the same old "still or sparkling" choice in restaurants with award-winning wine lists, I decided something needed to change.

I realized that what was lacking was attention to bottled water in an epicurean context and an overall etiquette for bottled water. But, as with so many things, new worlds open up to those who look closely enough. By paying thoughtful attention to what I was drinking, I discovered the world of fine bottled water. As I started drinking different waters during a single meal, apparent differences emerged.

Suddenly, terms like "light," "heavy," "focused and short," "broad and lingering," "substantial," or "fleeting" seemed appropriate to describe the waters. With the help of the Internet, I could share my discoveries with the rest of the world.

The world was almost ready. The FineWaters website (www.finewaters. com) quickly became a global destination for water connoisseurs by providing information on bottled waters, creating an etiquette for them, and matching water with food.

This book is meant to provide you with the basics of bottled water connoisseurship and etiquette. Inside, you'll learn about bottled water as a natural product with its terroir. You'll also learn to distinguish fine bottled waters from commodity waters that also happen to be sold in bottles. You'll be able to select the appropriate bottled water to pair with your food and discover the principle of mouthfeel while exploring 100 exciting and characterful bottled waters.

The first book appeared in the fall of 2006, and the concept of considering water at the same level as wine and food as a natural product was still new and foreign to many. Around the same time, some brave souls started distribution companies with large portfolios of premium waters and more brands with premium waters rushed to the market. It looked like it was the right time for premium waters to find a place at the table next to food and wine.

We also saw a number of restaurants adopting the emerging trend and offering larger choice of waters with the introduction of water menus or water lists.

All looked very good and exciting for the establishment of fine bottled water as a natural product.

Unfortunately, this was also the year when Alice Waters, the godmother of all things organic, sustainable and local, banned bottled still water at Chez Panisse in Berkeley. There have been trends in some Bay Area restaurants to ban bottled water and only serve tap but the fact remained fairly obscure. The Alice Waters announcement became a catalyst for what is since known as the “bottled water backlash.”

Based on the false concept that water is water and bottling it will contribute to the end of civilization and the planet as we know it, a feverish campaign started vilifying bottled water. At the core of the argument was the idea that water should be free and has to come from the tap. No choice. If someone wanted a different water with different characteristics, such a desire was considered antisocial and dangerous to the planet. Bottled water was suddenly a rallying point for environmentalists, and getting rid of bottled water was the new politically correct thing to do.

Unfortunately, this resulted in many decisions based on ideology with little regard for facts and logical argument. A classic example was banning bottled water from schools. Sounds like a good idea when you are a narrow-minded environmentalist but, unfortunately, actions have consequences. One of the little-reported facts is that the bottled water banned from schools was quickly replaced by sugar-rich soft drinks and juices that added empty calories to students’ diets, contributing to illnesses like metabolic syndrome (obesity, diabetes, and so on).

It is ironic that studies have since shown that drinking mineral-rich water can significantly reduce the effects of the metabolic syndrome. As I write this in the spring of 2017, it is clear that the “bottled water backlash” is all but over, lingering with a few fringe elements immune to factual argument, and lazy journalists recycling old stories. It has been shown that bottled water has the smallest environmental footprint of all bottled drinks by a considerable magnitude, and that “crowding out” sugar-rich soft drinks and juices is a desideratum of public health professionals concerned about the wellbeing of the general population.

If you read this book, you probably deeply care where our food is coming from. You take great pleasure knowing the source and its providence. You enjoy wine and beer as artisanal products and like the fact that they are sourced from a specific place with a unique history, and you enjoy them expressing terroir.

You can now do the same thing with water. Water is not Water, it is a natural product that has terroir, gives wellness, and holds experiences. This trend has now been established and we see a wide adoption of Fine Waters in the hospitality industry, allowing consumers to have choices in selecting waters and access to curated water menus. Such water menus allow for pairing food with water and move beyond the boring Still or Sparkling choice.

Martin Riese, a German water sommelier working in Los Angeles, is the forefront of adopting this trend and has implemented very successful water menus for leading restaurants in L.A. The consumer interest and media attention is an encouraging vector for the further adoption of the idea that water is not just water. The question I have been asked most often since the release of the first edition of this book by consumers, journalists, and hospitality industry professionals is: “What is the best water?” It looks like a simple question, but misses the whole point I am trying to make with the book.

I was very fortunate to tap into a large pool of knowledge from international water sommelier colleagues in writing this book. Special thanks goes to Ruriko Suzuki (Japan), Rodrigo Rezende (Brazil), Pat Eckert (Germany), Martin Riese (USA), and my wife Erika for allowing me to focus on water.

Water is Life! Enjoy It!