The spring is known since Roman times. However, it is in the beginning of the XIX century that were chemically analyzed by the Viscount of Vila Maior, and started to be famous for the healing properties. The bottling and commercially exploitation started in the second half of the XIX century.
In 1899, with the company Assis & Co, the brand was born, using the source of Santa Comba, one of the 3 hydro mineral springs that exist inside the castle walls. The first bottling unit was inside the Castel walls where the brand gains is name “Água Castello” water from the castle.
In the first years of 1900, Água Castello was appointed by the King D. Carlos as the only water brand supplier of the Royal House of Portugal and with this title could use the Portuguese Royal Arms in labels, invoices and other commercial information. In 1904 the brand jumps borders and was presented in Saint Louis world's fair where was awarded with a silver medal. It was pioneer in Portugal in the field of Mineral Sparkling waters and throughout is history the quality and innovation have been limelight.
It was the first Portuguese water to be industrially bottled, first in a semi-automatic line and after in a completely automatic one. It was also the first to use the crown capsule and the first to install a private laboratory designed solely for the control of Água Castello. Also, the brand was pioneer in marketing and was the first brand to produce brand videos, first for Cinema and later for TV commercials. Água Castello witness fundamental changes in the Portuguese society in the last century and adapted to the new trend and is today a symbol of inescapable freshness and youth.

Água Castello is a natural carbonated water with a high bicarbonate level and 2 levels of carbonation added. 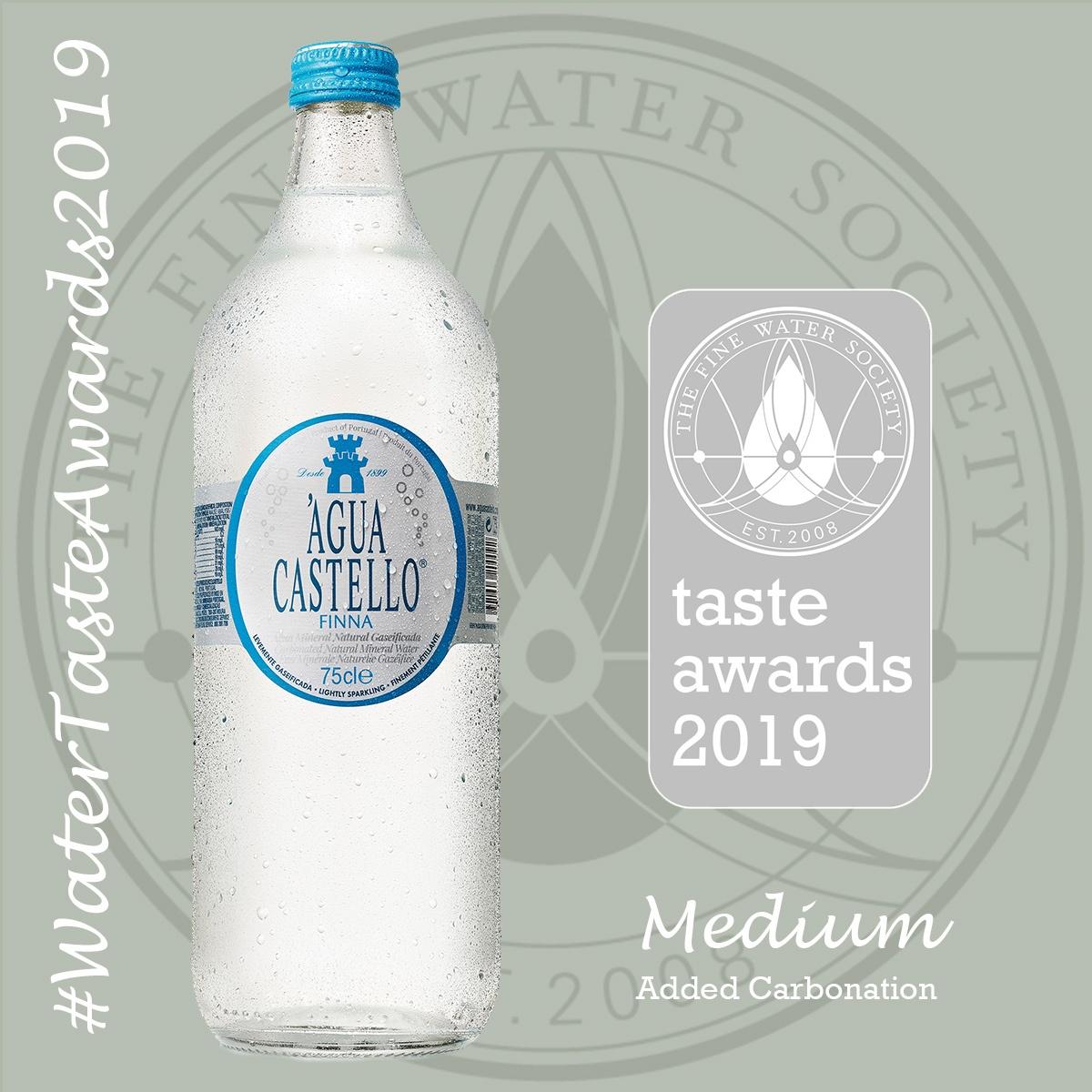