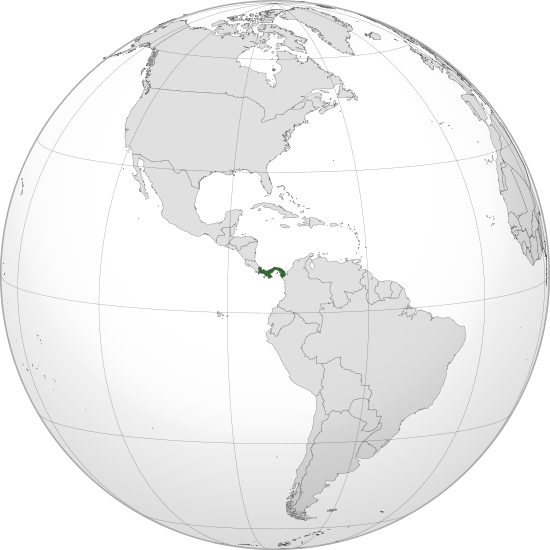 Panama is located in Central America, bordering both the Caribbean Sea and the Pacific Ocean, between Colombia and Costa Rica. The dominant feature of Panama's geography is the central spine of mountains and hills that forms the continental divide.The mountain range of the divide is called the Cordillera de Talamanca near the Costa Rican border. Farther east it becomes the Serranía de Tabasará, and the portion of it closer to the lower saddle of the isthmus, where the Panama Canal is located, is often called the Sierra de Veraguas. As a whole, the range between Costa Rica and the canal is generally referred to by geographers as the Cordillera Central.The highest point in the country is the Volcán Barú, which rises to 3,475 meters (11,401 feet). A nearly impenetrable jungle forms the Darién Gap between Panama.

Panama's biodiversity is one of the most varied in the world and It is home to many South American species as well as to North American wildlife.