Zaros Water is bottled by Votomos S.A. since 1989, in the homonymous village, south of the mountain Psiloritis in Crete. The company was founded as an initiative of the village residents having in mind to create a company which benefits and give back directly the community, by employing residents, financing social, cultural and athletic activities and contributing to the development of local infrastructure and economy.
The company has grown exponentially the last 10 years by investing in state-of-the-art, high capacity bottling equipment rendering itself on of the biggest producers in Greece. Only the 2018 investments increased our production capabilities by 35% and a new development cycle is scheduled for 2019.
The idea of the company’s establishment derived from the existence of the ancient water source that was used to supply the ancient city of Gortyna. The very name of the village “Zaros” means “much water”, inspired by the numerous springs around it, on the slopes of Psiloritis mountain.
In proximity to the ancient source, a new borehole was opened in 2001 that now is called “Amati source” and today gives us the natural mineral water “Zaro’s”. The origins of Zaro’s water begins from the rain and snowfall that penetrates the highly-tectonized, fractured and karstificated carbonate rocks of the wider area of the massif of Psiloritis, infiltrating the fractures and the karsts, creating groundwater aquifers, one of which results to the artesian/overflow Amati source. Nowadays, the whole Psiloritis area is characterized as a “NATURA 2000” area from the EU and at the same time UNESCO has proclaimed the mountain a Geopark named “Psiloritis UNESCO Global Geopark”, ensuring the protection of our source from any man-derived activity.
Zaros Natural Mineral Water has recently been awarded for its paramount quality and taste, winning the Golden metal as the Best Bottled Water at the 2017 Berkeley Springs International Water Tasting competition and a 2 Star award from the International Taste and Quality Institute (2015). 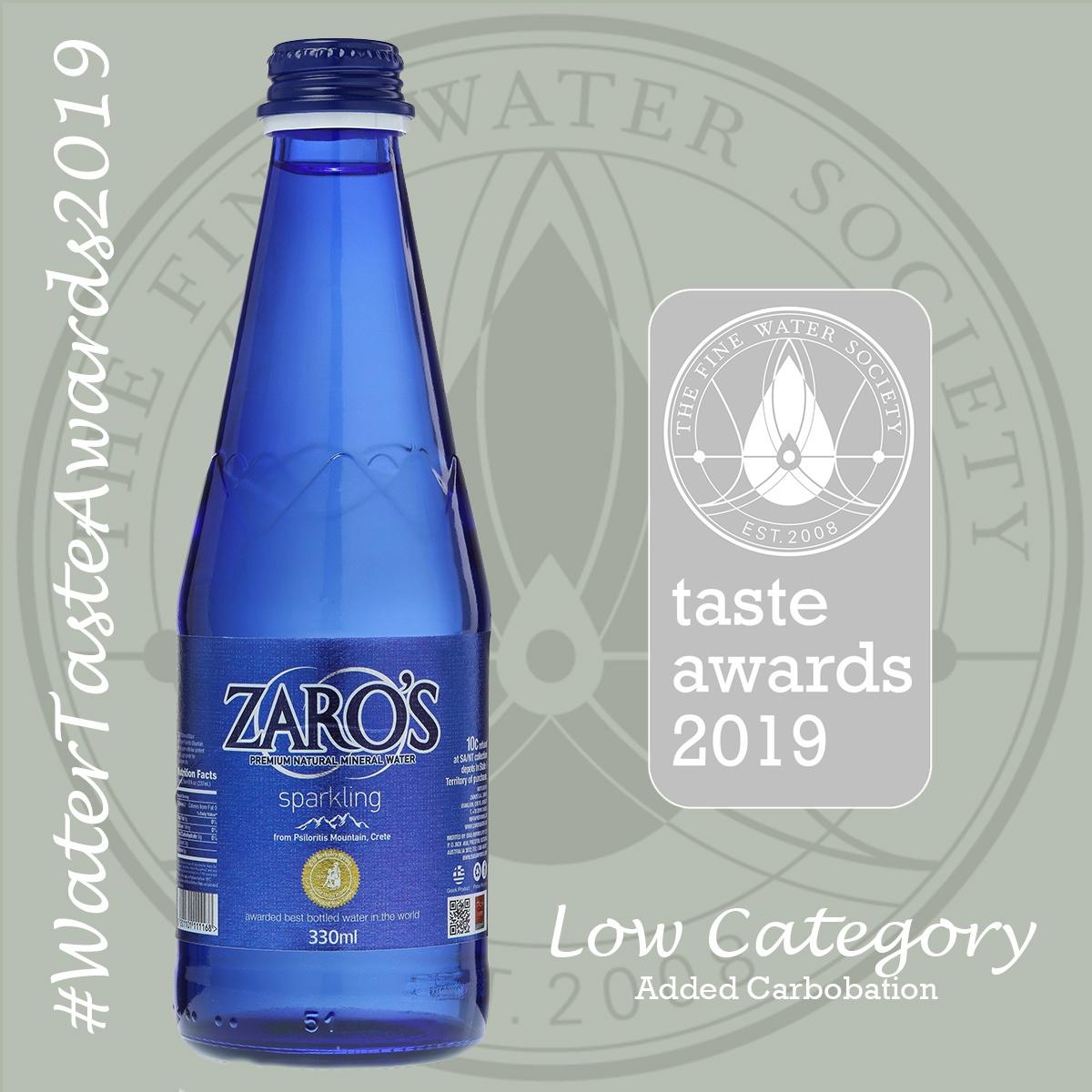