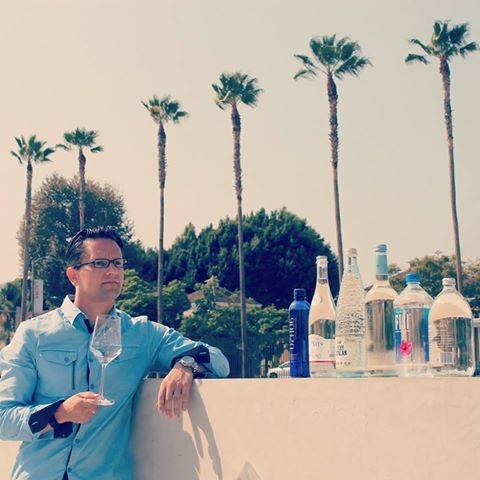 Martin Riese began his renowned career in his native Germany. Today, he is a Water Tasting Educator, acclaimed author, Water Sommelier at Patina Restaurant Group in Los Angeles, and the world’s foremost water sommelier. Riese began his culinary journey as an apprentice at the Relais & Châteaux Hotel Stadt Hamburg in the island of Sylt in northern Germany. After completion of a multi-year training program, he continued to work in various positions in the culinary industry in Hamburg, before traveling across the pond to the United States. In 2010 Martin Riese received his certification as a Mineral Water Sommelier from the German Mineral Water Trade Association. Riese’s expert knowledge of water has led to appearances on television and radio programs throughout Europe, South America, and Asia, with the German press referring to him as the country’s foremost water sommelier. In 2009 he also co-authored the critically acclaimed book Die Welt des Wasser (World of Water), which is considered the leading European book on the subject. In 2013, Riese unveiled his signature water program at Ray’s & Stark Bar at the Los Angeles County Museum of Art and in 2014 at the Patina Restaurant in the Walt Disney Concert Hall. In Summer 2014 he launched the Water 101 Class, where Riese educates students on the unique qualities and characteristics of mineral water. Since his return to the U.S., Riese has appeared on numerous national media outlets including Good Morning America, CNN, The New York Times, Bon Appétite, Los Angeles Times, NPR, Buzzfeed and Conan O’Brien.