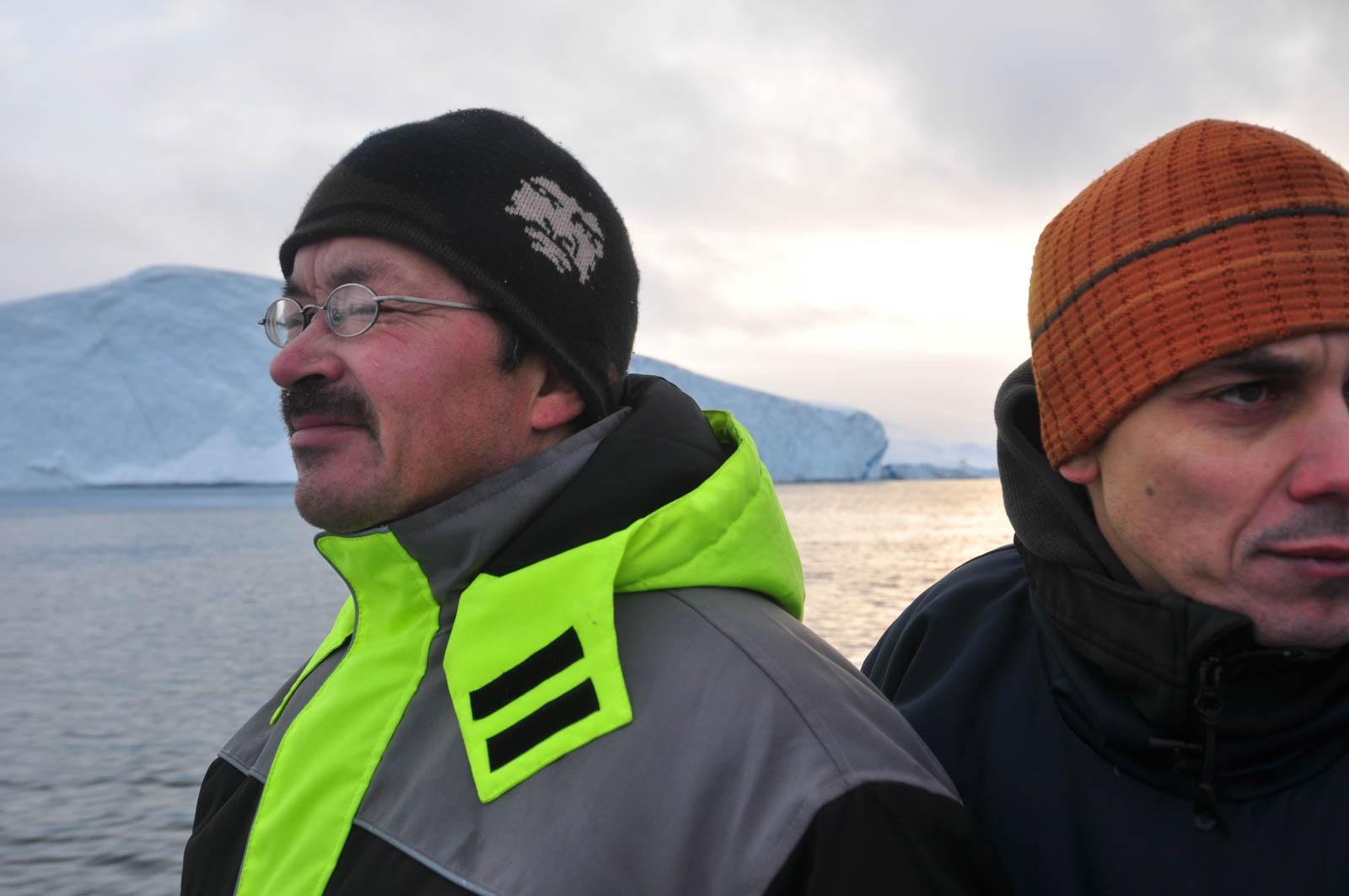 We came to Greenland to visit Ilulissat, a small town of about 5.000 people 155 miles (250 km) north of the Arctic Circle to meet with Julien Caquineau a French native and the founder of Iluliaq a small company bottling ice berg water from the Ilulissat Ice Fjord.

We got the first view of the Ice Fjord from the window of the Hotel Arctic and I don't mean a distant view. The icebergs breaking off the glacier drifted right in front of or widow to the north on a journey that will ultimately lead them to the North Atlantic.

Sermeq Kujalleq glacier is the source of all the ice in the ice fjord and it is per day calving the entire consummation/utilization of water in new York for a whole year .The Ice Fjord which itself is a UNESCO World Heritage site. 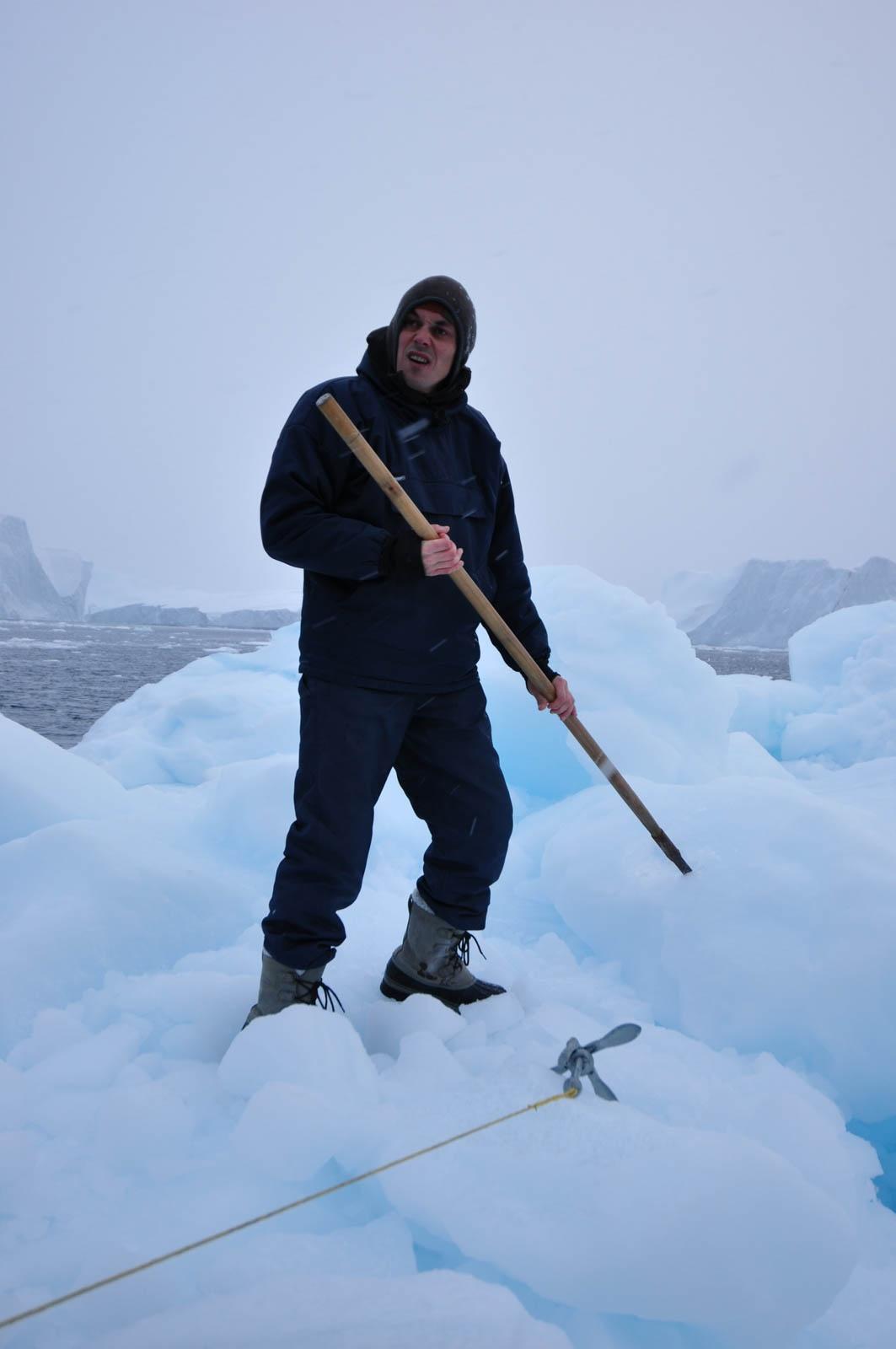 Hotel Arctic in Ilulissat is the northernmost 4 star hotel in the world and a must visit for any traveler with global ambitions. The contrast between the luxury of the hotel and the remoteness of the area is stunning and so is the world class food as we discovered later. Sitting at 8am for breakfast in the dining room of the hotel, which must have one of the most amazing views in the world, we noticed that we were north of the Arctic Circle. It was still totally dark outside except some moon light that allowed us to see the contours of the ice bergs floating by. Sunrise was still almost two hours away. We were scheduled to meet with Julien for a trip to the ice fjord that morning to help harvest some ice for an upcoming special order of his water.

Nothing can prepare you, and you will never forget taking a small 19ft open cabin boat to the Ice Fjord a dynamic landscape of ice bergs the size of many city blocks slowly moving around interrupted only by the unnerving loud bangs of ice breaking off and falling into the cold ocean.

Iluliaq is a very special water. It is water melted from ice that is harvested form icebergs drifting out of the fjord. As we learned it is of paramount importance to select the right ice and we are now looking for old original ice that has never been melted and re-frozen as such a ice would contain impurities. The native ice harvester have a life long experience in the ice fjord and quickly find such ice for us to harvest in stainless steel tanks.

Back at the clean room of the bottling plant in Ilulissat the ice is slowly and naturally melted and carefully bottled. The result is Iluliaq one of the most exclusive waters in the world and we cannot wait to taste it at a grand dinner at the hotel scheduled for the evening.

For the last decade or more Spain was the center of the epicurean world producing world class chefs and influencing what we eat and how we prepare it. The influence of Spain lingers but if you are a true foody you know by now that the center has shifted to Scandinavian countries in what people call the Nordic Cuisine. It has given us chefs like Claus Meyer of Noma (Copenhagen) and we were lucky that the award winning head chef of the Arctic Hotel Jeppe Ejvind Nielsen has trained in such an environment.

The chef uses almost exclusively local produce and in a place like Ilulissat this means seafood like cod, halibut, salmon and shrimp of outstanding quality as well as meat from musk ox, caribou and lamb. There are also a number of dishes with a strong native influence enjoyed by the many native visitors attending meetings and conferences at the Arctic Hotel. That evening we had a 7 course tasting menu designed around all the local produce available and we also opened the first bottle of Iluliaq, the water form the icebergs just floating if front of the restaurant.

Iceberg water is rain/snow that fell 10-15.000 years ago and has been frozen ever since. Iluliaq is soft, neutral and has almost a hint f sweet due to the neutral ph. The water is a perfect pairing for the subtle tastes of the seafood and also goes very well with wine from the expansive wine list at the restaurant.

Water is not just water. It has terroir and it tells a story of its origin. Iluliaq is a great ambassador for Greenland.