Snow melting in the Ecuadorian Andes flows through subterranean passages acquiring minerals with extraordinary properties and finally emerging at The Tesalia Springs fountains in Machachi, Ecuador. This natural spring water is bottled and is called Guitig. Guitig story begins at the end of XIXth century when Mrs. Eugenia Klinger visited Thessaly spa’s in Greece and impressed by its beauty, decided to rename her property in Machachi Ecuador, since it had several artisan slopes. Few years later, a German visitor, after tasting the water from the springs, exclaimed "Gültig", which means "excellent", "good" or "kind". Everybody found this expression to be hilarious and funny; so from now on, the word was transformed into "Güitig", mainly because it was easier to pronounce.

At the beginning of the 20th Century (1902), this water brand was bottled in artisan ways and transported in a mule’s back to towns. In 1921 The Tesalia Springs Company was legally established and it represented the beginning of the production and commercialization of Güitig with modern procedures for those days. Besides providing with an important legacy to the identity of our country, our products boast a quality awarded by international Institutes like: Monde Selection and Taste & Quality Institute ( ITQi ).

Volcanic activity by the Cotopaxi volcano below the aquifer creates in Guitig a very special naturally carbonated water. 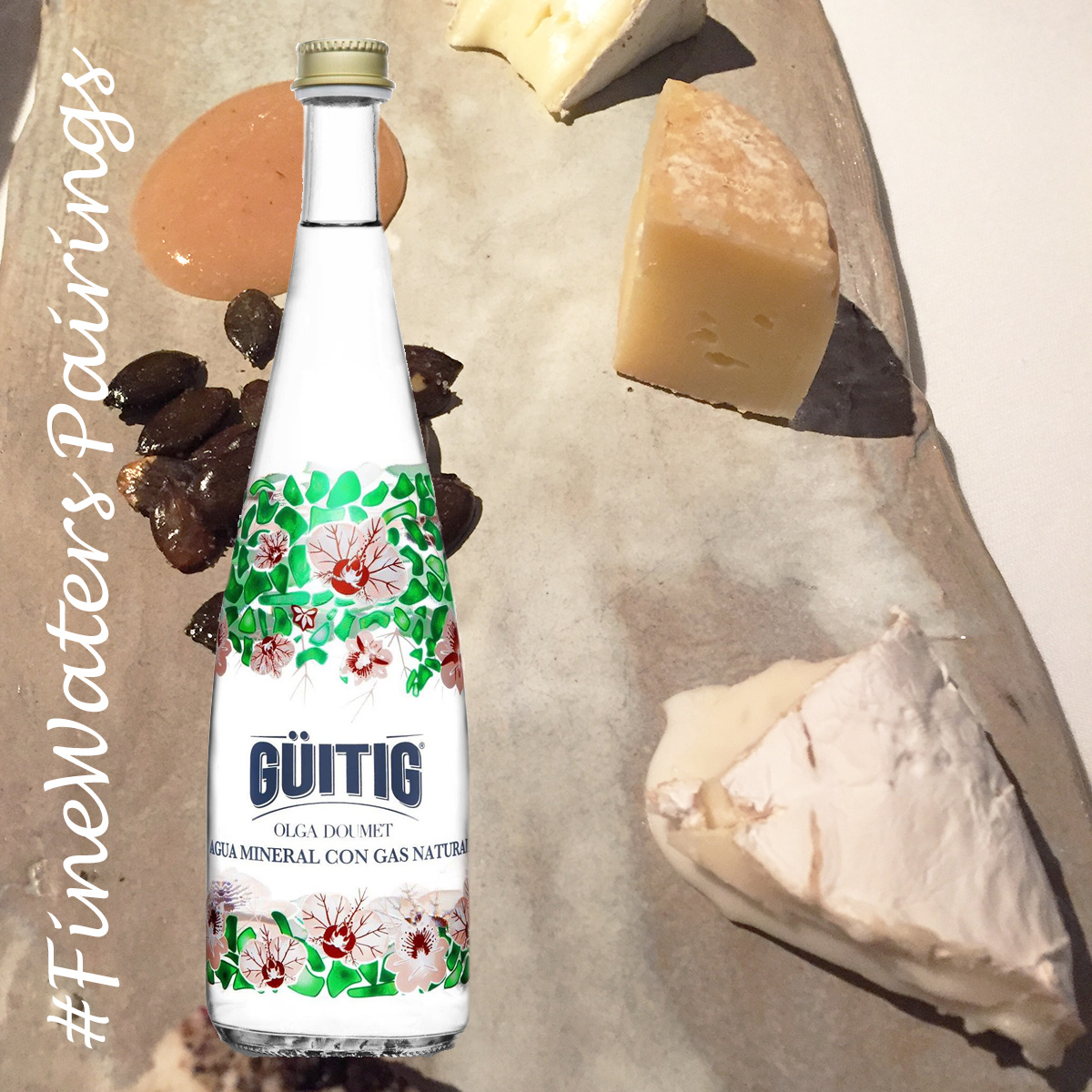 A water like Guitig with a High Minerality and some medium sized bubbles from natural carbonation is a good match for soft and aged goat cheese. The Minerality can stand up to the taste of the cheese and the bubbles provide some mouthfeel without being aggressive or distracting. 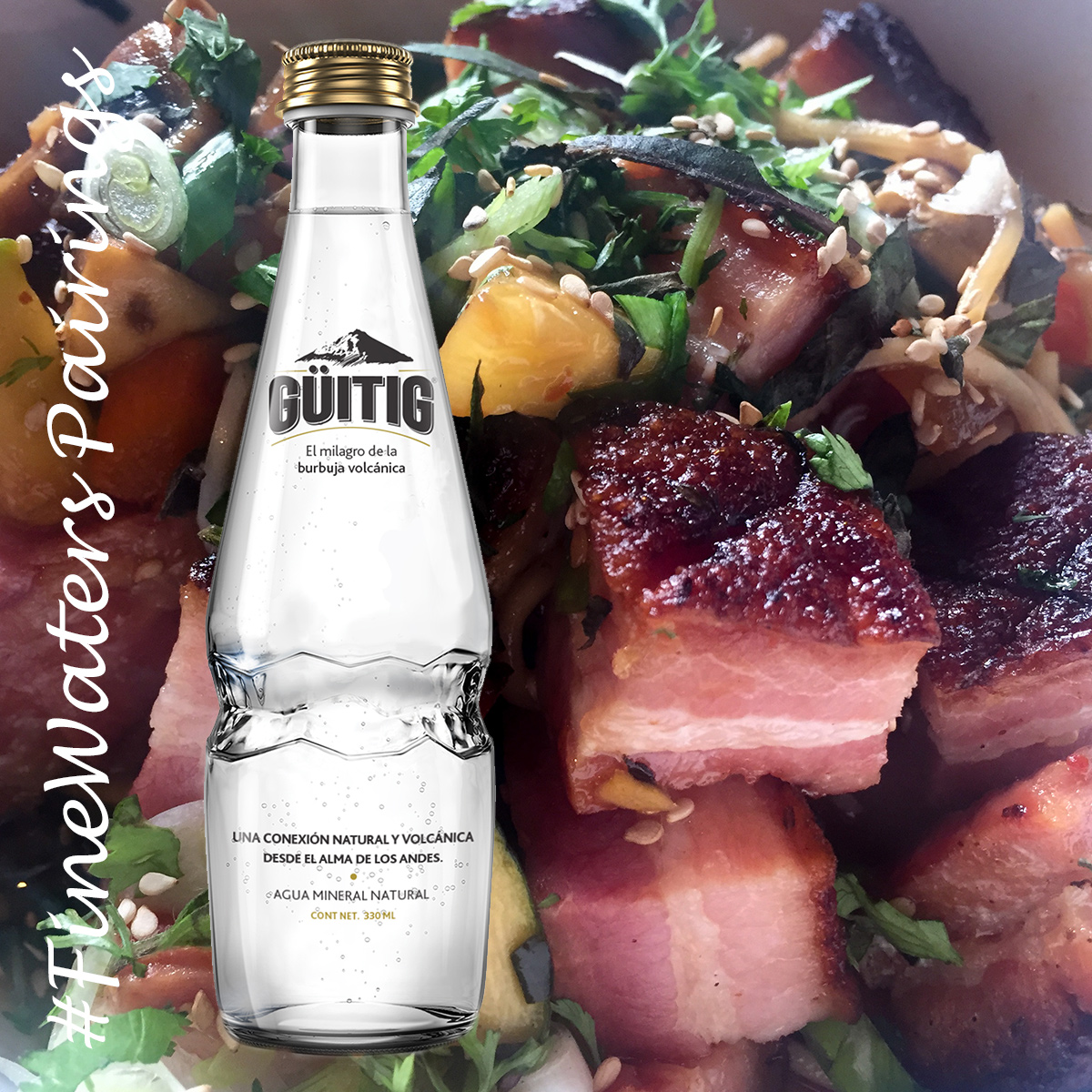 Curing meat in salt is one of the oldest food preservation techniques and is in today, with refrigeration, purely done for taste. It gives the meat a slightly salty quality and a firmer, denser mouthfeel and a great color. This is a cured pork belly salad from Bistro Cinq in Antigua, Guatemala and I was able to enjoy the dish with a bottle of Guitig at the time. The moderate minerality is strong enough to take the flavor and the natural carbonation adds mouthfeel and makes a perfect 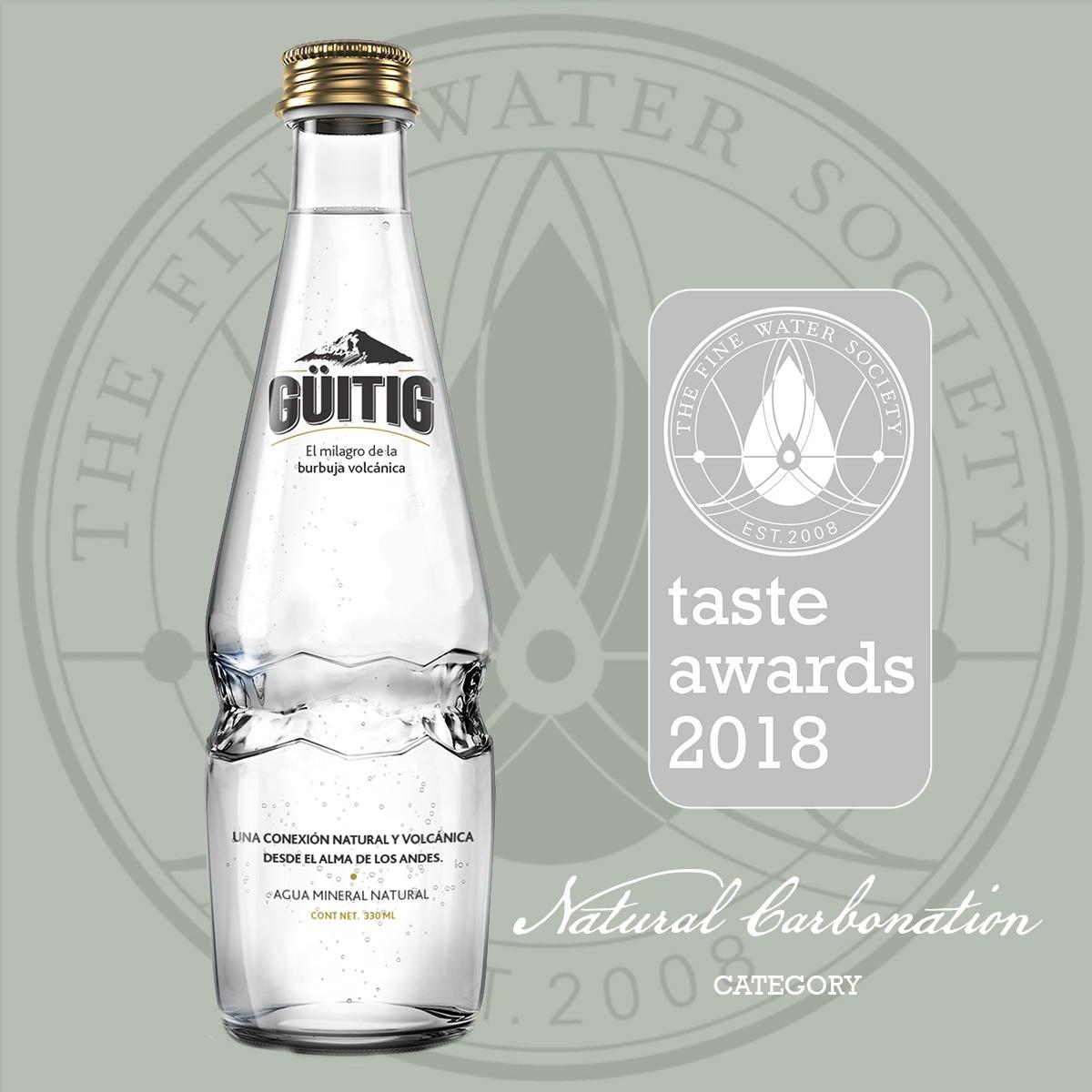 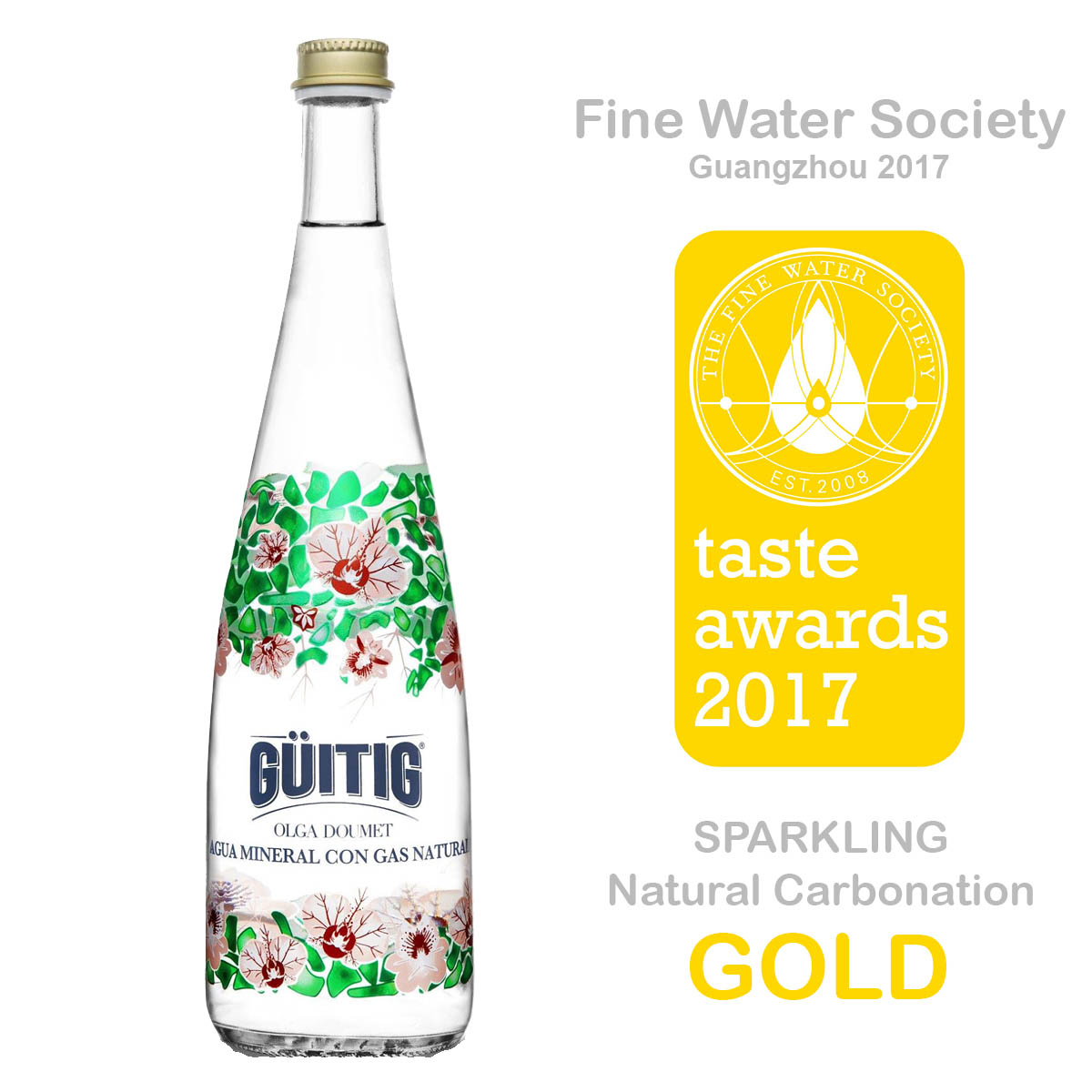 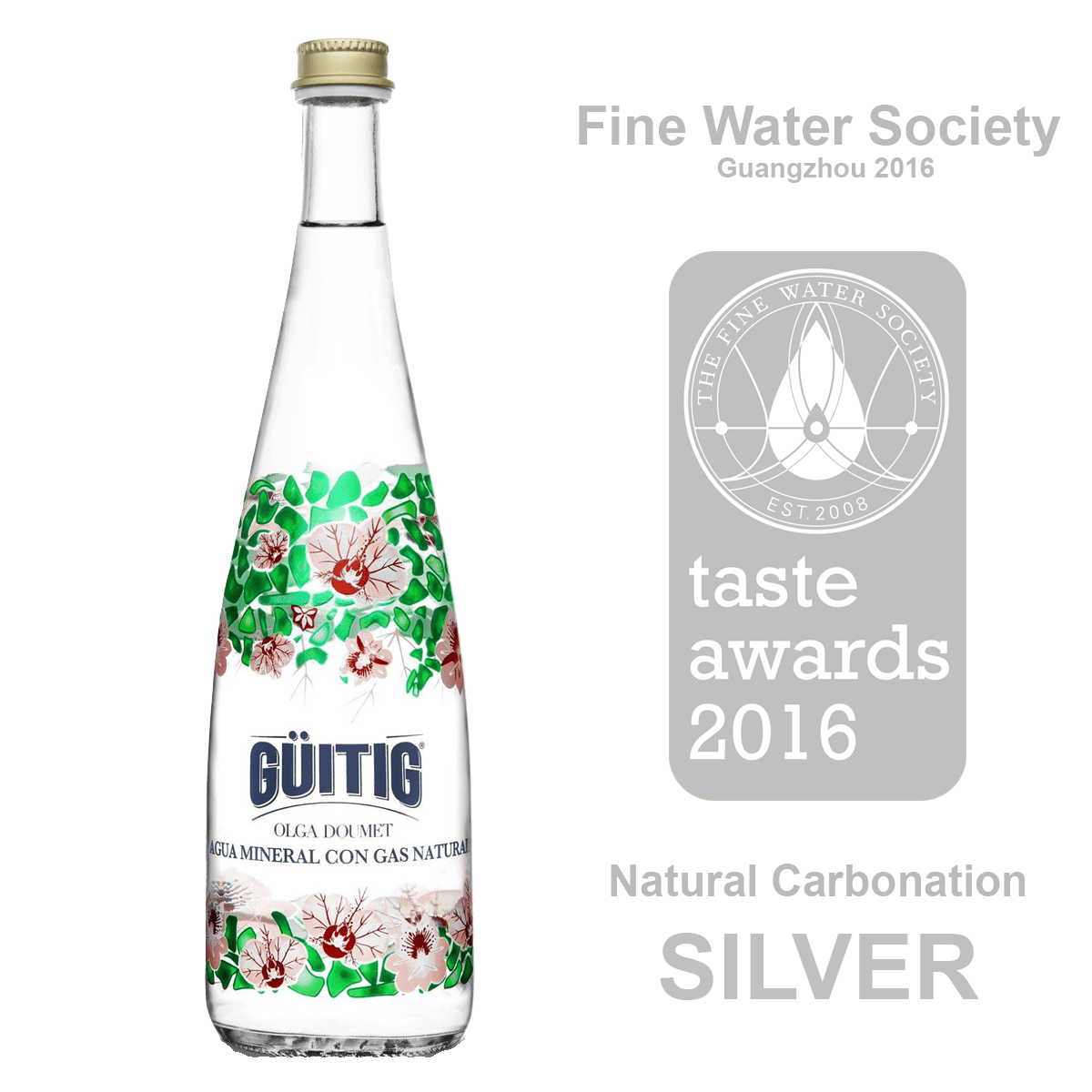 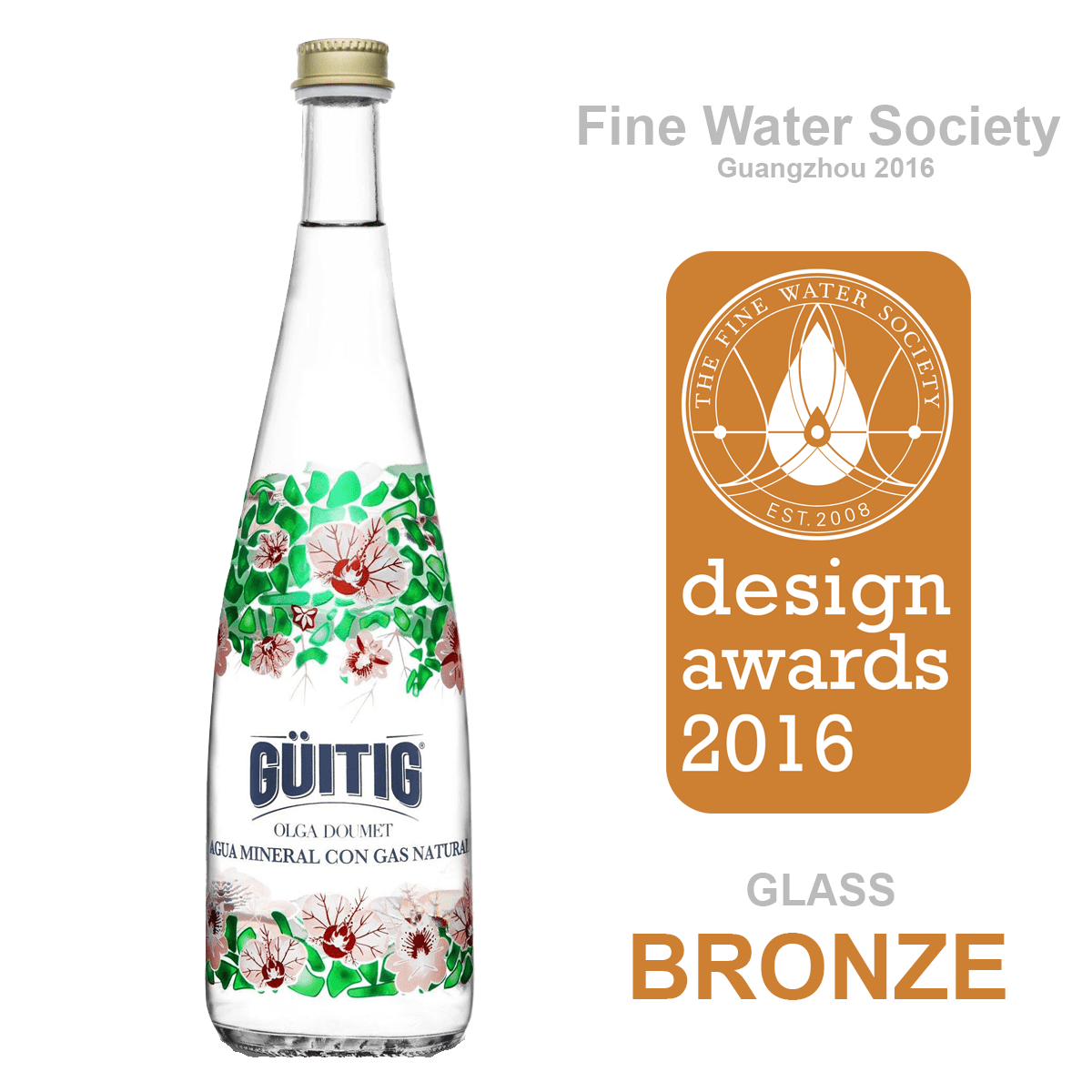